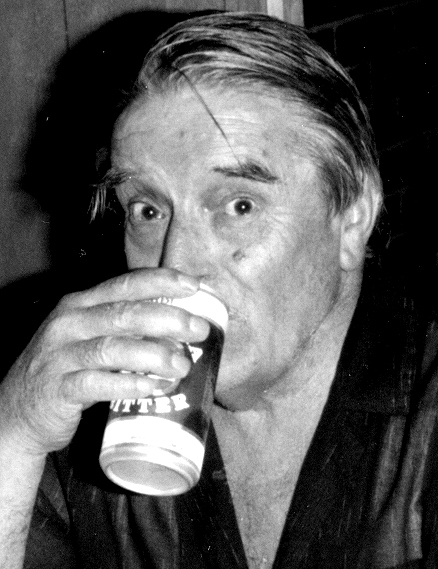 In the late 1970s, the Victorian Legislative Assembly ordered a report on monies advanced fromthe Co-Operative Farmers and Graziers Direct Meat Supply Ltd to interests including the printing businesses of Dern Langlands and Maxwell Newton.

Mr Alex Chernov, of Owen Dixon Chambers (later Victorian State Governor, 2011-15), tabled his report in September 1979. Chernov said sums of more than $2 million were transferred out of the Society, with “at least $1.2 million” transferred “to Mr Langlands and his company”.

Chernov examined the role of Mr Leslie Smart, who had been appointed in1968 as the administrator of the Society “with full powers to manage its affairs as he saw fit”. In late 1974, Smart became Executive Chairman. Smart had experience in assisting other companies “including the ANZ Bank, and government and semi-government organisations. He was also involved in publishing a monthly journal for a church and in advising it on financial and business matters”.

Chernov told Parliament that Smart’s reputation was very high as a financial adviser, “particularly as he re-organised the society to the extent that it commenced to earn profits”.

“His commercial judgements and decisions were rarely, if ever, challenged,” the report concluded.

Smart became a financial advisor to Langlands in 1970. Chernov says the circumstances were that “Mr Langlands applied to the ANZ Bank for an increase in his company’s overdraft limit to $350,000 in order ‘to meet overdue creditors, provide (working) capital and to enable completion of the motel building’.”

Langlands, at the time, was building the grand Belvedere Motor Lodge motel building in Church St, Richmond, near the site of the old Richmond brewery, and coincidentally on the corner of Newton Street. He was also running the printing business next door, known as Regal Press which published the Postscript Weekender and All Sports Weekly papers.

The presses at Richmond, which produced a large number of handbills, particularly for supermarket and chain store groups.

ANZ Bank agreed to the overdraft on the condition that Smart oversee an examination of the accounts. Later, to reduce the overdraft, loans were taken with Custodian Nominees and Alliance Acceptance, on the basis of two mortgages over the Belvedere Motel.

However, Chernov reports: “It is doubtful whether (the businesses) would have survived for long with the infusion of funds which Mr Smart procured for them from the Society.”

Chernov’s report, however, does not deal with other Langlands businesses, which Dern said numbered 27. These included the fabrication business Foldin Industries, a chain of ‘Toyrific’ toy stores and other enterprises.

Negotiations were well in hand by early 1974 for Maxwell Newton “or his nominee” to purchase Regal Press for $1.5 million, payable in monthly instalments over 10 years.

Chernov said that Smart felt obliged to help fund the businesses of both Dern Langlands and Maxwell Newton to support a marketing strategy he was developing for the co-operative. The idea was to distribute handbills weekly with loss leader meat specials from supermarkets and butcher shops … and the meat being supplied by the Co-Op.

At this time, Dern Langlands was considering the re-launch of his daily Postscript newspaper. In 1969, he had launched the free daily, with revenue from advertisements budgeted to pay all expenses. Postscript was not a commercial success.