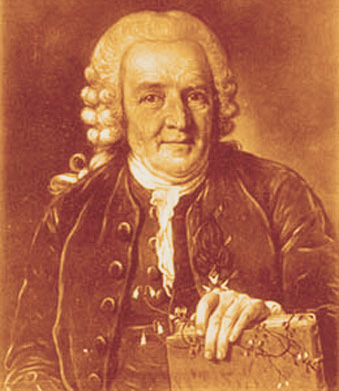 The Long family adopted a publishing motto after it took over The Yea Chronicle  business on Monday, April 2, 1984.

“For the cause that lacks assistance,
‘Gainst the wrongs that need resistance,
For the future in the distance,
And the good that we can do”

The motto has appeared weekly in the Melbourne Observer newspaper, since the Long Family commenced ownership on September 14, 2002.
The motto appears atop Editor Ash Long’s weekly column, Long Shots.

The motto had appeared in earlier years of the Yea paper, which started published as The Yea Telegraph in 1885. Another newspaper to carry the motto in the past is The Canberra Times.

The motto is the work of George Linnaeus Banks (1821-1881), who has been listed as a “British miscellaneous writer”.
He was the son of a seedsman familiar with the plant nomenclature of Linnaeus.

Born on March 2, 1821, Banks had brief experience in other trades, before becoming a contributor to various newspapers at age 17.
He became a playwright, being the author of two plays, a couple of burlesques and several lyrics.

Between 1848 and 1864 he edited in succession a variety of newspapers including the Birmingham Mercury and the Dublin Daily Express, and published several volumes of miscellaneous prone and verse.
George Banks’s plays included The Slave King, written for the black actor Ira Aldridge, and The Swiss Father; his popular songs included The Minstrel King, Warwickshire Will, and Dandy Jim of Caroline based on a negro melody; and his poetry included Daisies in the Grass (1865).

Some of his more popular lines were frequently used by platform and pulpit orators, notably his lyrical What I Live For:
George Banks died on May 3, 1881, at age 60, of cancer and pneumonia in Dalston, Hackney, close to London, and is buried nearby at Abney Park Cemetery, Stoke Newington with his wife – the author
Isabella Banks.
He was described as having “strong Methodist afiliations, but an unfortunate weakness for drink”.
His wife, formerly Isabella Varley Banks (1821-1897), was also a writer, publishing her first poem of A Dying Girl To Her Mother in the Manchester Guardian at the age of 16.

Her first book, God’s Providence House, appeared in 1865. Her work also included The Manchester Man, performed as a play in 2000.

I live for those who love me,
Whose hearts are kind and true,
For the heaven that smiles above me,
And awaits my spirit, too;
For all human ties that bind me,
For the task my God assigned me,
For the bright hopes left behind me,
And the good that I can do.

I live to learn their story,
Who suffered for my sake;
To emulate their glory,
And follow in their wake;
Bards, patriots, martyrs, sages,
The noble of all ages,
Whose deeds crown
History’s pages,
And Time’s great volume make.

I live to hail that season,
By gifted minds foretold,
When man shall live by reason,
And not alone by gold;
When man to man united,
And every wrong thing righted,
The whole world shall be lighted
As Eden was of old.