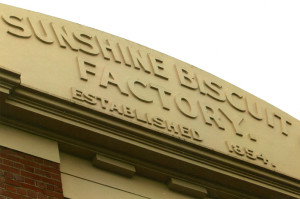 Nothing Without Labour examines the arrival of the Long family in Australia, from Ireland, in 1851.

Nothing Without Labour looks at the career of James Long and the firm that became the Sunshine Biscuit Factory. The book, which incorporates the research work of the late Alan C. Long, includes a family tree from the 1700s to the 1990s.

This series of chapters were orginally penned in 1982, researched by Alan C. Long, edited by Ash Long.  Alan, then a store manager for Punton’s Shoes, was son of Allan Long whose grandfather was James Long, founder of the firm that became the Sunshine Buscuit Factory.

Alan began his family research in the early 1970s, and maintained his correspondence with relatives throughout Australia, Canada and the United States. He and wife June, had a son Alan Jnr, and daughter Jennifer.

The family research work includes a Family Tree until the early 1990s. It will be added to this website in 2018.